A little guide with photos.

Iceland is among the northernmost places that we visited. The walking tour guide in Reykjavik told us that the guy who discovered it didn't want anyone else coming over for competition and called the place 'Iceland'. He also took the much larger chunk of ice to the west and called that Greenland to maximize misdirection and confusion!

In reality, there is a lot more than just ice in Iceland. It has stunning natural landscapes and is dotted with beautiful waterfalls, geysers, beaches and a rough, wild landscape that is a delight to drive through and wander about. And then, there are the wonderful Icelandic horses. 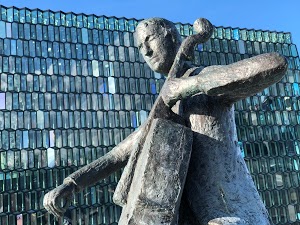 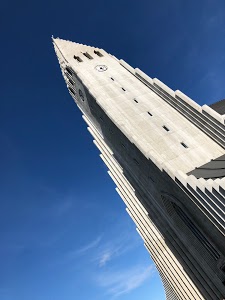 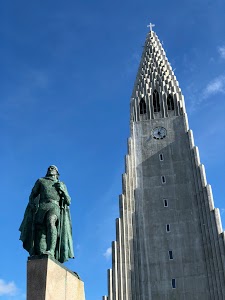 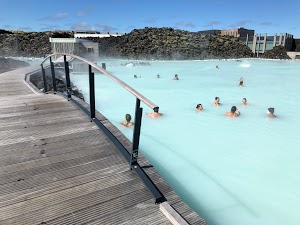 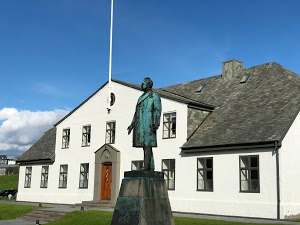 The population of Iceland is about 365,000. In comparison, the least populated state in the United States is Wyoming and Wyoming has about 550,000 residents. There is one international airport: Keflavik (KEF) just outside the capital city of Reykjavik. The Capital Region (in and around Reykjavik) which is in the southwestern corner of the island contains almost 2/3rds of the country's population. This means that if you are willing to drive a little out of the way, you have the country almost entirely to yourself.

Before you strike out on the highway too far from town, remember that the number one attraction of Iceland is the Blue Lagoon which is a geothermal spa not far from KEF. In fact, it is close enough that many people with a multi-hour layover can sneak a trip there and back from the airport. The water in the blue lagoon gets its color from the high silica content but once inside the pool, it doesn't feel any different - except it is warm and toasty when outside it can be really chilly. It's definitely worth a trip even if it isn't cheap.

Reykjavik itself is a pretty small and compact city. There's not a huge list of things to see here except the striking lutheran church Hallgrimskirkja and the Harpa, which is Iceland's national concert hall. 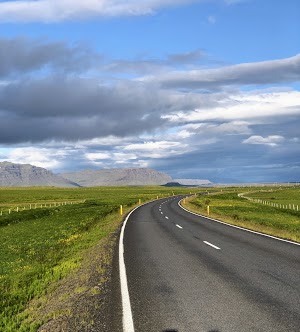 There are two loops that visitors can take. One is a circumnavigation of the entire island which can typically take a week or ten days. A smaller loop is the famous Golden Circle than often takes 2-3 days to cover and that is what we ended up doing. There is lots to see on the Golden Circle. Once you get out of this area and head into a circumnavigation you had better plan well because you are going to be in very very sparsely populated country. But it's beautiful so a circumnavigation is definitely something to consider if you have the time.

The other thing to consider is a summer vs a winter trip. The famous Northern Lights or Aurora Borealis are a definite possibility in Iceland but only in the winter. The downside of Icelandic winters (in addtion to the bitter cold) is the few hours of sunlight - twilight really. Just remember to brace for 20 hrs of darkness when you go to chase the Northern Lights. Our summer trip on the other hand meant we didn't have a chance at the Northern Lights but we did have 20 odd hours of sunlight. And even midnight is only a gentle twilight. One can still read newspapers at midnight or 1 am on the street. Which we did even if it was an extremely toursity thing to do. But it was quite the experience to have a late dinner and then head out for a drive and have perfect visibility at 10 pm and walk around at midnight as if it were late afternoon!

Icelandic horses are the hobbits of the equine world - with fancy hair. They are all found all over the country and are delightful creatures. While they don't react well to approaching cars, we found they were perefectly calm and friendly with people. Much shorter than the usual horses elsewhere they also have very photogenic manes. 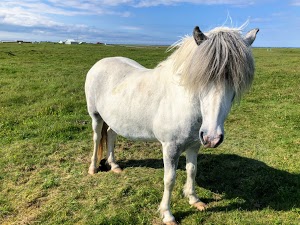 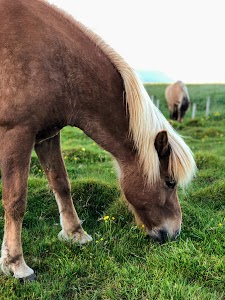 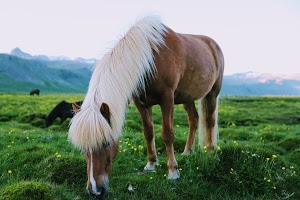 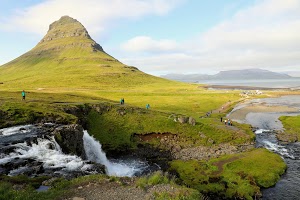 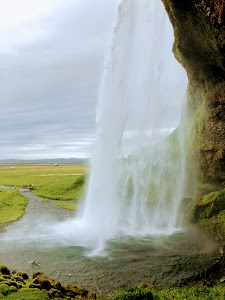 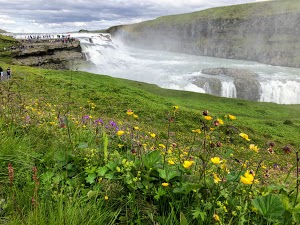 Iceland abounds with waterfalls. The icelandic word for waterfalls is foss and it seems like you can't drive far without coming across one. Some of the best known ones are Goðafoss ('God' waterfalls), Seljalandsfoss where you can get behind the curtain of water, Skógafoss and Gullfoss. 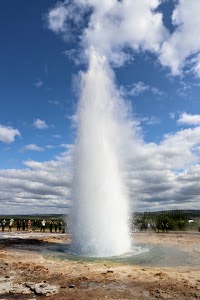 Notes about the People

As in the rest of Scandinavia, it appears that nearly everyone in Iceland speaks excellent and fluent English. It is taught as a second language here and most people take it. They tend to be generally very friendly though our guide did tell us about a growing backlash to overtourism: almost 10x the population arrives each year for tourism. The naming system is interesting too. Rather than surnames that are common for a family, each person's surname - or actually a patronym - is their father's first name prefixed to either -son or -dóttir. For example, the current (2020) prime minister of Iceland is Katrín Jakobsdóttir - her father's first name would have been Jakob. Her predecessor was Bjarni Benediktsson - his father's name would have been Benedikt and so on. One problem with this system is that Icelanders might be related to one another and not know it and so there's a phone app that can help look up names to make sure that someone they are looking to date isn't a close relative!

Get used to the idea that Iceland is an expensive place. It is costly to rent a car, to buy gas and even food is expensive. Expensive as in a burger from a highway gas station will set you back approx $25 US! A commom touristy thing to do is to take your own heat-and-eat food. Iceland has limits on how much food you are bringing in but if you're only going to be there for a week then it's not a worry. Another option is to buy food not in restaurants but in supermarkets where prices are very much more reasonable. Next, dress for the weather. Even in the summer it can often rain and in any case, the waterfalls can be very wet so take something to keep the mist and rain out and wear good hiking boots. Tank up every chance you get. The back country is remote and you don't want to be wasting an hour or more driving back to a gas station to fill up.
Iceland | Hội An